Entrance fee per race is $5 for ASCC members and $10 for non-members.

Any Injection molded or resin bodied car from the approved list that was marketed as a 1/32 scale Ready-to-Run (RTR) slot car. No vacuum formed or blow molded bodies. Cars are required to have been in actual real world (1:1 scale) production AFTER January 1, 1999 (15 year window).

Approved List (DTM models are allowed but frowned upon): 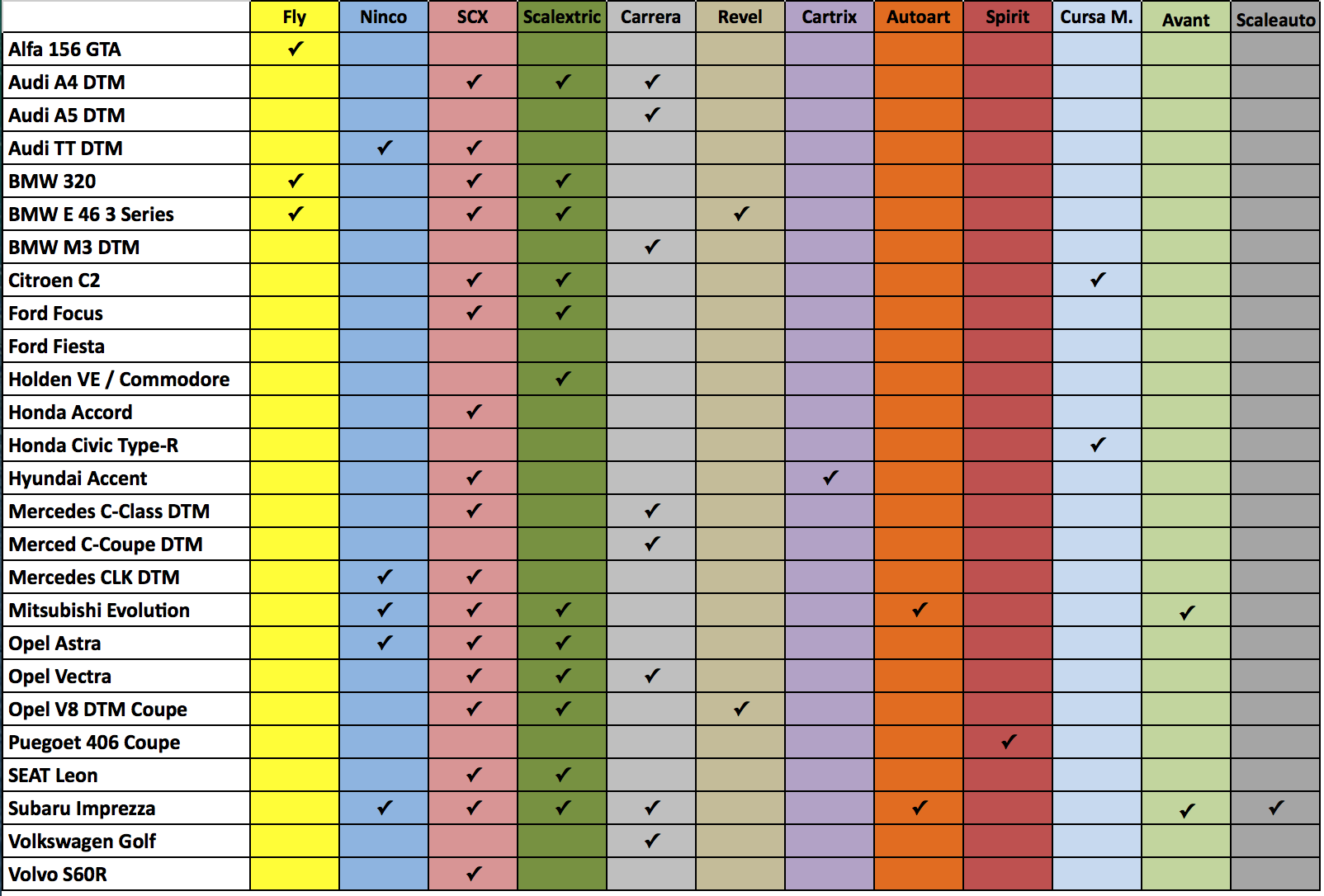 If it is not mentioned it is not legal.
These rules were written to create a fair event and not for racers to look for loopholes.