In the final race of the Group 5 series this year, Marty closed the gap to David but could not quite catch him.  Alejandro was third and Steve was fourth.  That was how they finished in overall series results.  John came back strong in Group B after missing the last race to take first in Group B, with Randy second, Austin third, and Mark fourth.  Austin took series honors in Group B, followed by John, then Randy and Mark.  Overall it was a good series with a dominating performance by David.  Congratulations to everyone! 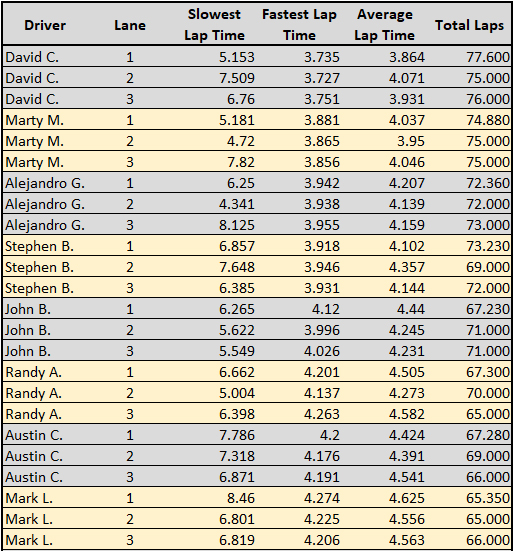 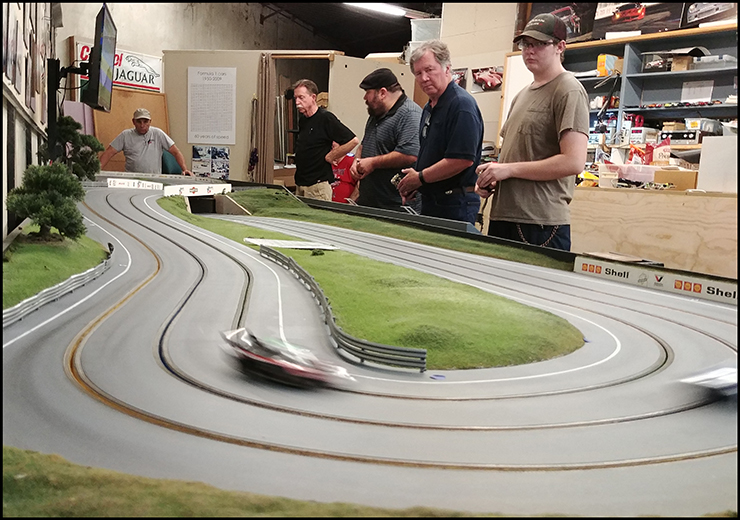 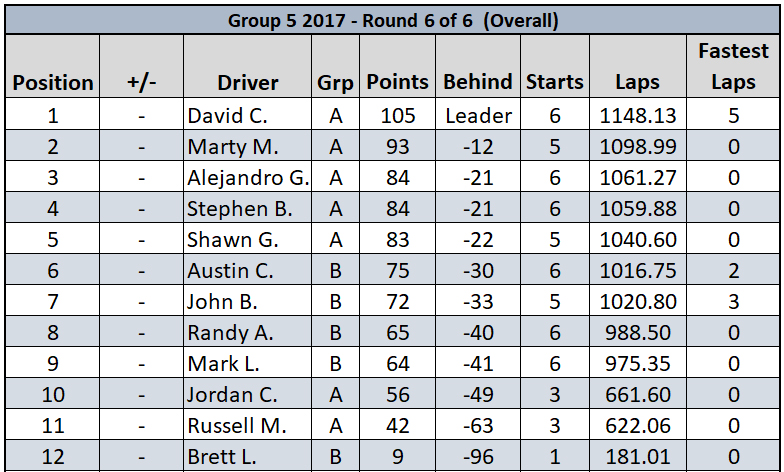