Round 5 of Group C proved to be one of the most interesting races of the year.  The day was pleasant and the track has decent grip.  Before the race, Marty introduced the entries and explained the difference of each set up.  This greatly enhanced the YouTube video. 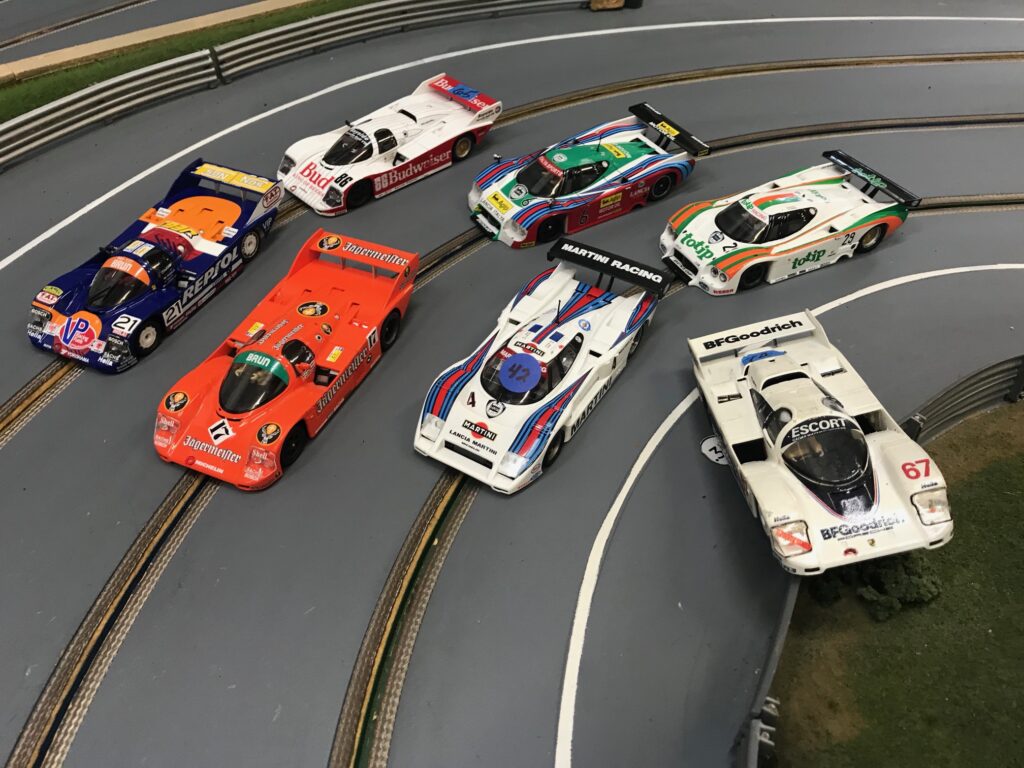 Round 5 incredibly, had six different winners out of seven heats.  Heat 1 was dominated by Russell’s Bud Porsche with 69 laps. Marty’s Jagermeister 962 took Heat 2.  Ary’s Totip Lancia won Heat 3 with 72 laps.  Heat 4 was captured by John’s Martini Lancia with 75 laps and fast lap of the day at 3.838 seconds.  The 5th heat was a catastrophe for Ary’s Totip Lancia.  A rear wheel came off early in the heat.  The wheel’s set screw was found to be stripped and Mark loaned a set of wheels.  However, late in the heat a huge crash occurred with John and Ary’s car slamming the Ary’s car hard into the wall ejecting the wing.  If it wasn’t for bad luck!  Mark’s Repsol Porsche won the heat with 74 laps.  Russell’s Porsche took Heat 6 with 73 laps.  The final heat was won by Randy’s BFG Porsche at 72 laps.  Steve was really on his game and drove most of the wins. 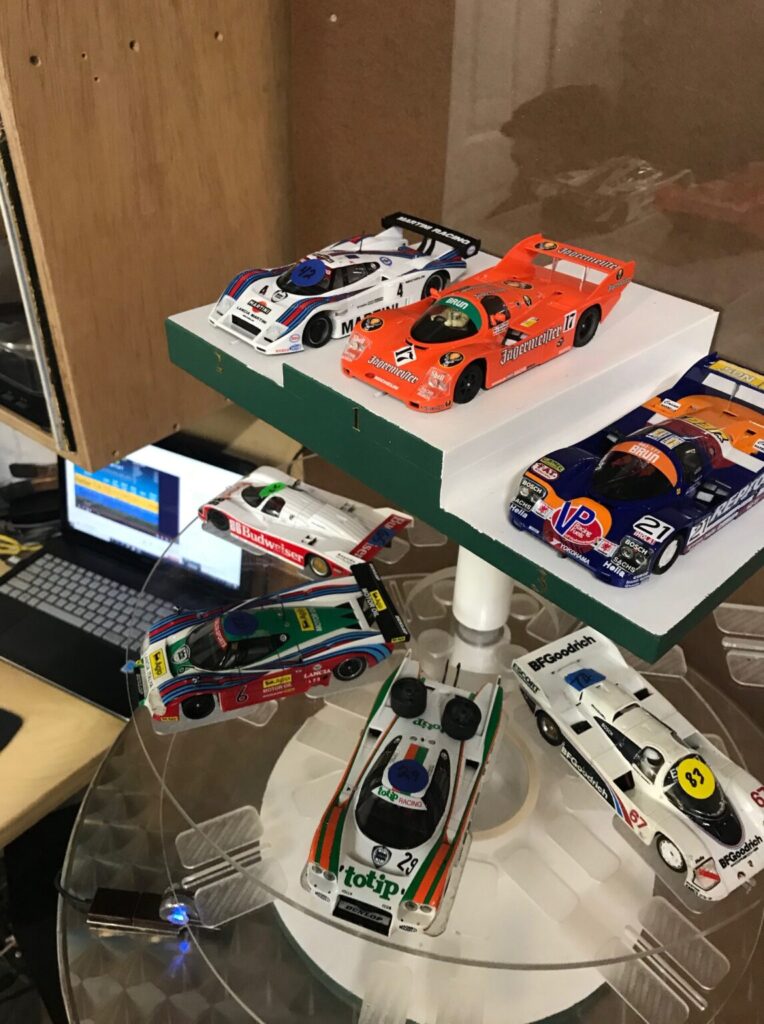 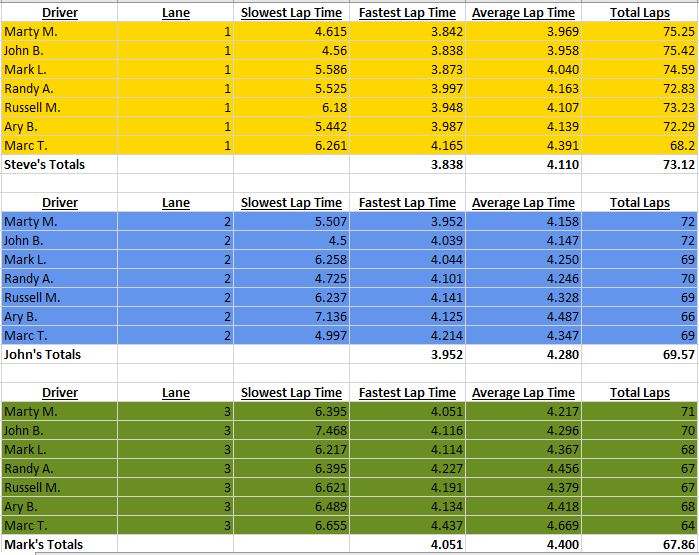 Although Ary could not attend, Randy took his place for the day.  Alejandro also came by for a visit.  The Austin Slot Car Club is coming back together!

You can watch the race on the clubs YouTube channel or by using this link.  https://www.youtube.com/watch?v=72zN5KTOKGY&t=3646s