The final round of the NSR F1 series was one of the fastest of the series with track conditions being just about perfect.  This along with the racers having five previous rounds to better understand how to set up and drive these great cars is key to setting these great times. 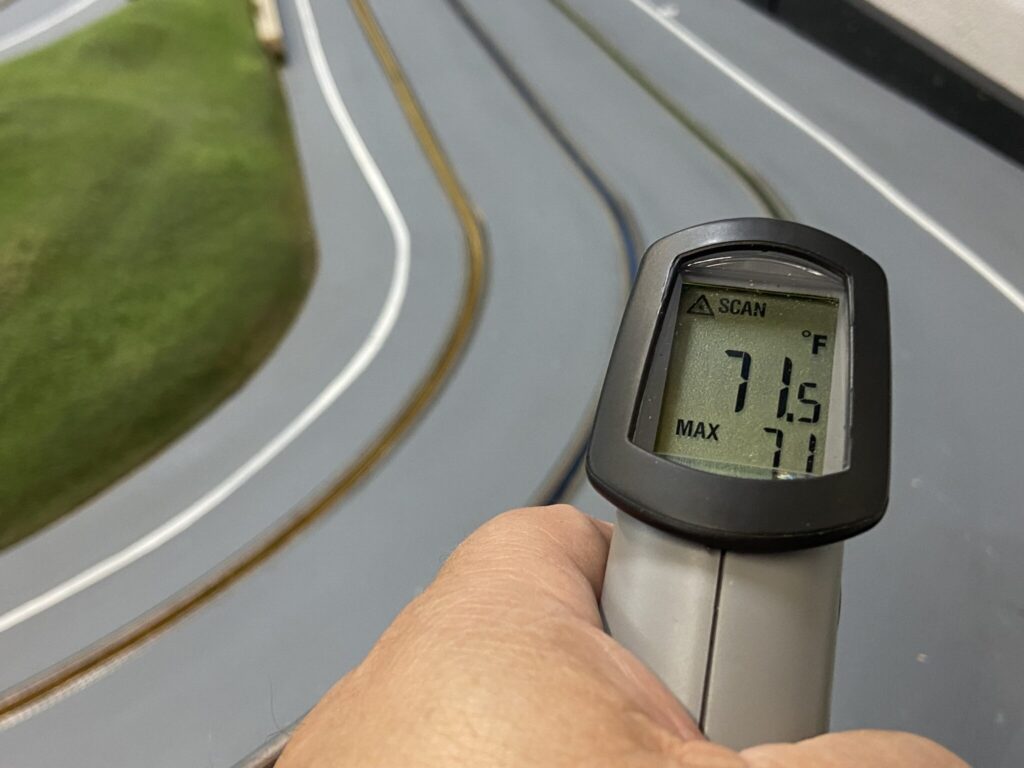 Going into this final round the top two positions were all but decided with Marty’s Brabham having a lead that no one could match.  David and his Jagermeister car was in second place and was all but guaranteed the spot with the absence of his closest competitor – Ary.  This meant that the race was really for third place and that was between Steve and his silver car and Russell and his beautifully turned-out Texaco Lola.

There would also be a great race for the fifth spot between John and his Piquet driven Brabham and Mark and his custom liveried car.  No matter the placing, the racing was going to be good.

The results reflected the perfect track conditions with six of the eight racers setting their fastest lap of the series in this final round.  The same six racers also set their highest lap total for the series.

The final results had Marty and his Patrese driven Brabham finishing first with 241.72 laps and the fast lap of 3.577.  Marty also took the series win with consistent results in all but one round. 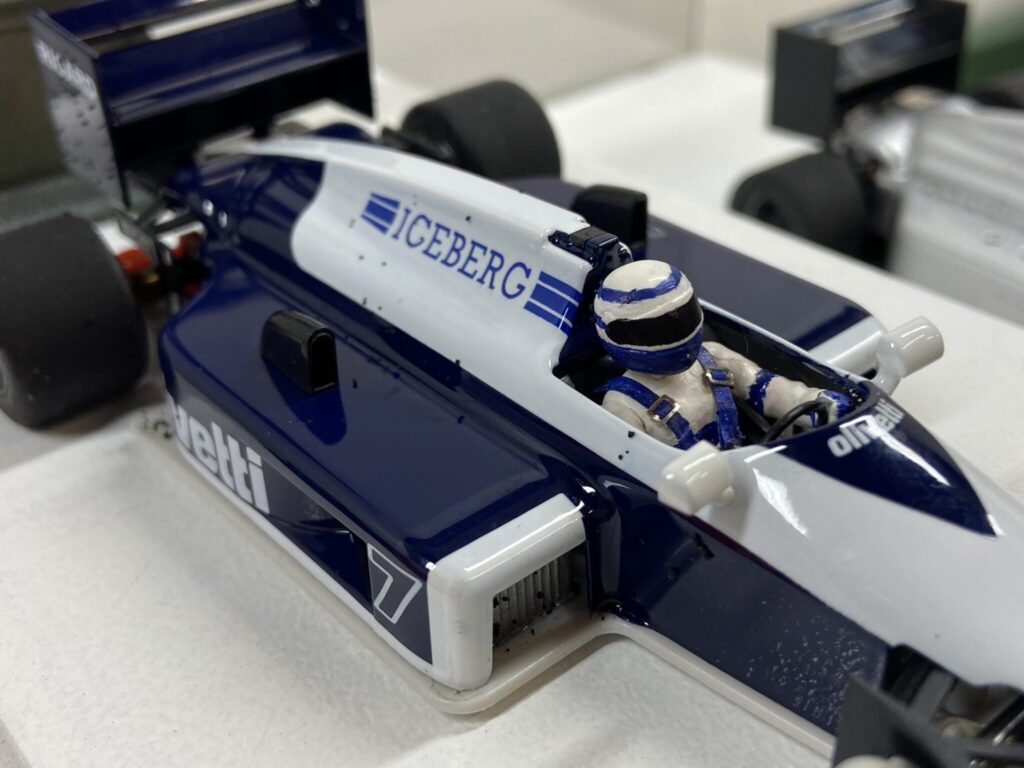 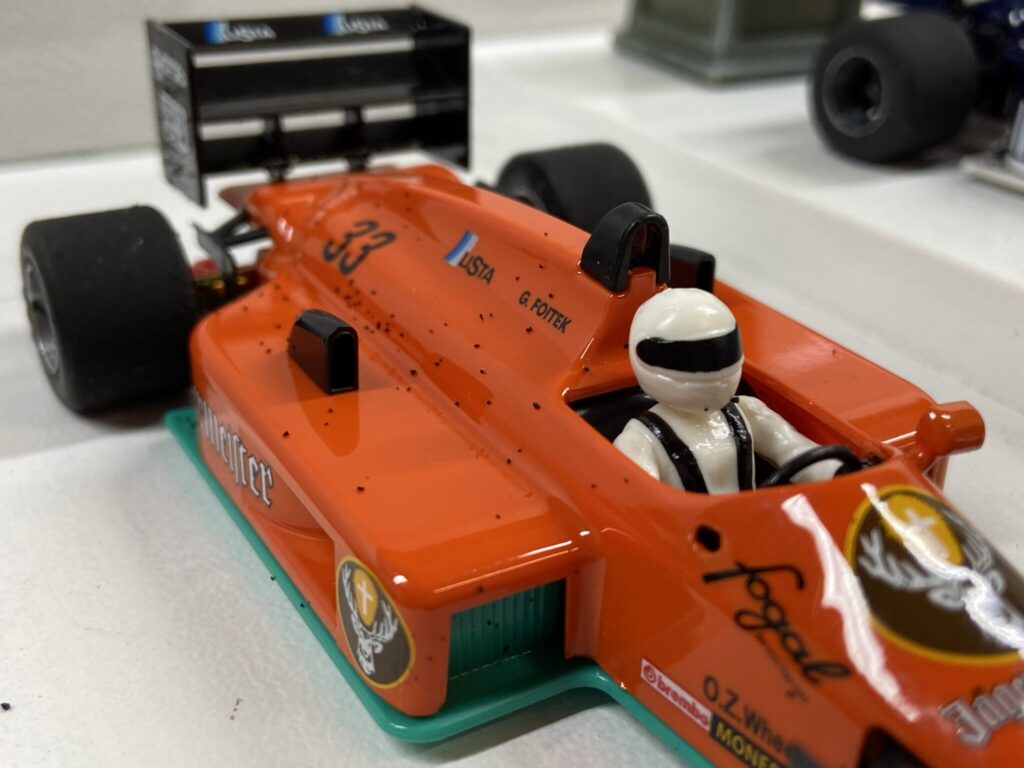 Steve in his Stig driven silver car took third place in the race with a total of 228.37 laps.  His third place finish gave him the needed points to finish third in the series.  Steve ran a great series and was getting quicker with each race. 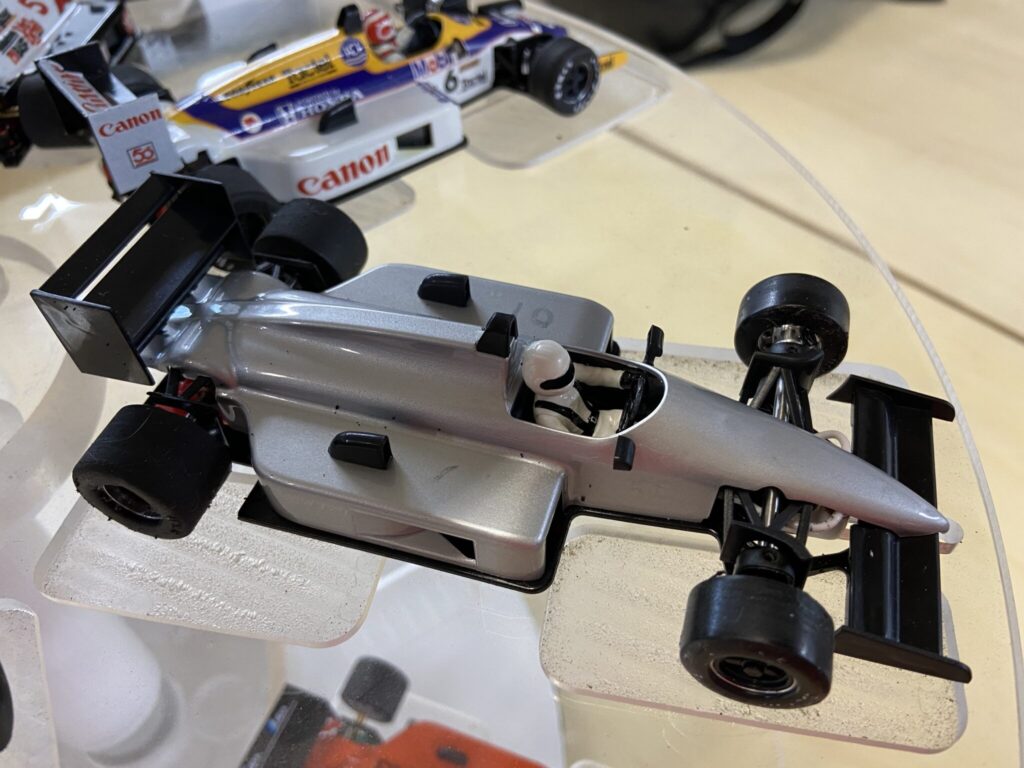 Fourth in the race was John in his Piquet driven Brabham with a total of 227.12 laps.  This result gave John the fifth overall place in the series.  John is another racer who got quicker with every round.  He was flying by the last round and set his fastest lap and most laps run in the final race.  Well done John. 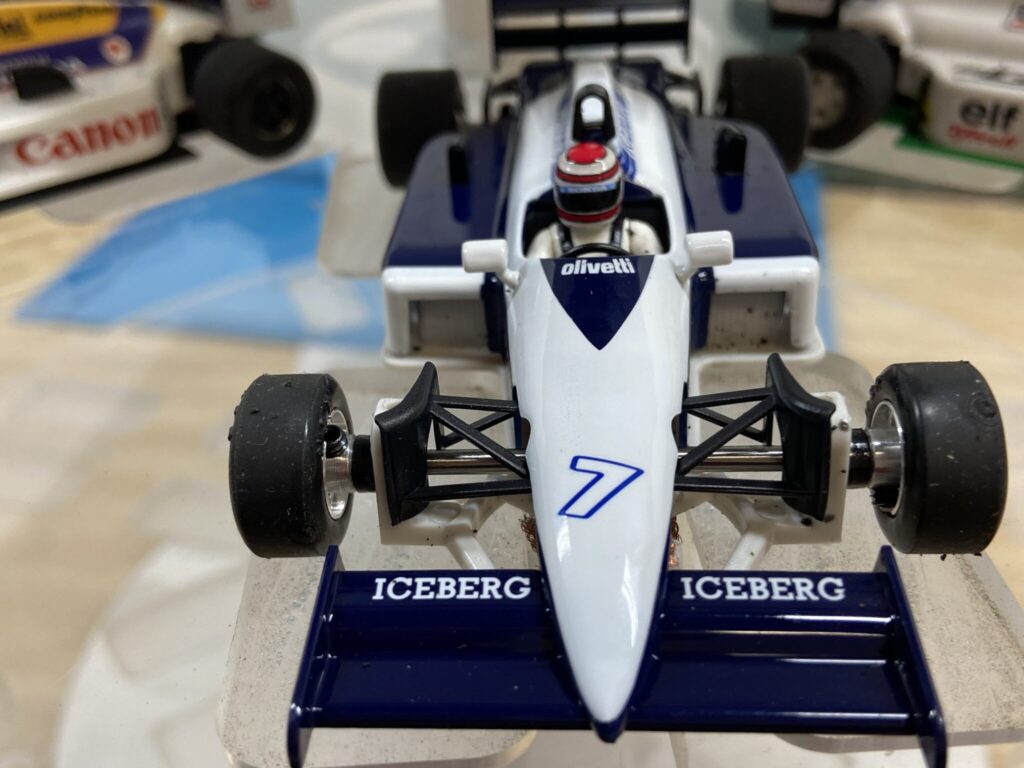 Fifth in the race was Mark in his custom liveried car with a total of 222.97 laps.  Mark finished sixth overall in the series. 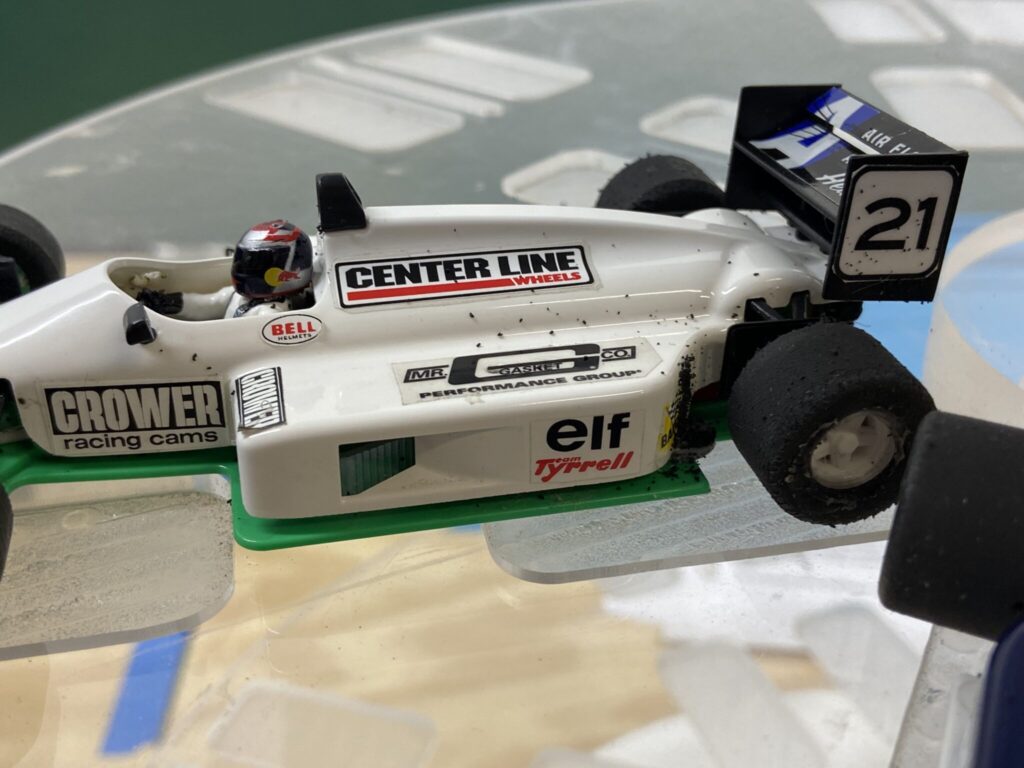 Sixth in the race was Russell and his Nigel Mansell driven Texaco Lola car.  Russell’s sixth place finish put him in fourth place in the series.  Russell had one of the most beautiful cars in the series and was very consistent with his driving. 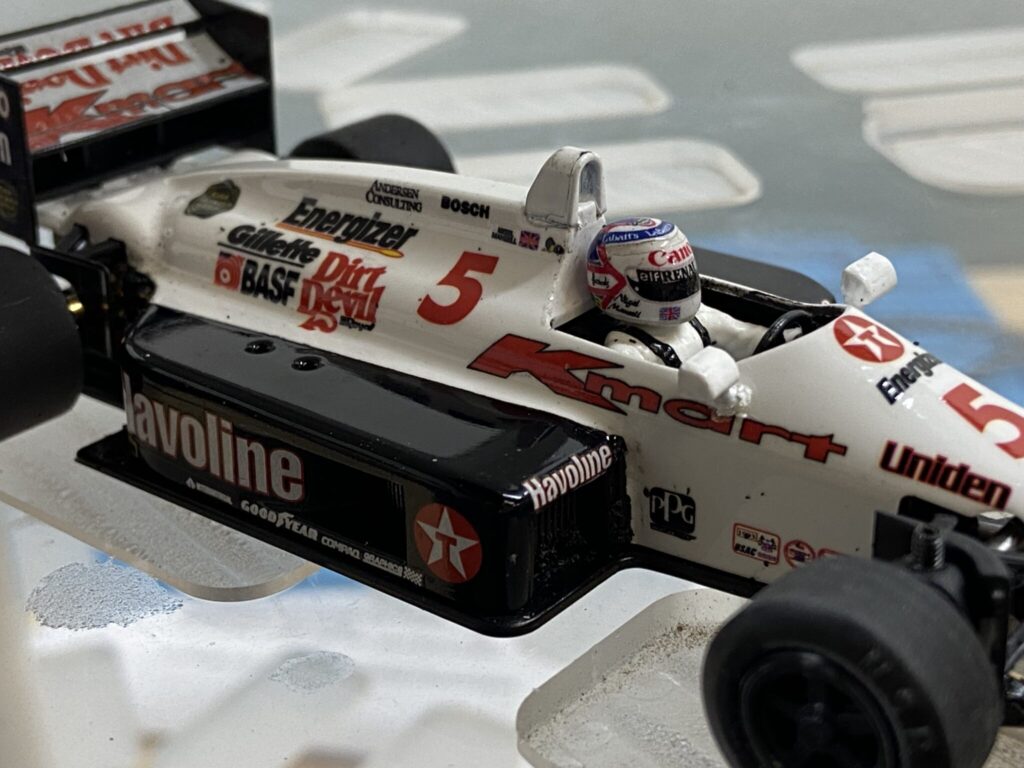 The seventh place car was Randy and his silver Mercedes car with 214.35 laps.  The seventh place finish was also the same place Randy finished in the series.  His car and driving skill created one of the great moments of the series when his car came out of the slot, did a pirouette and landed back in the slot.  Amazing driving.  Maybe we have a future Joey Chitwood of the slot car world on our hands. 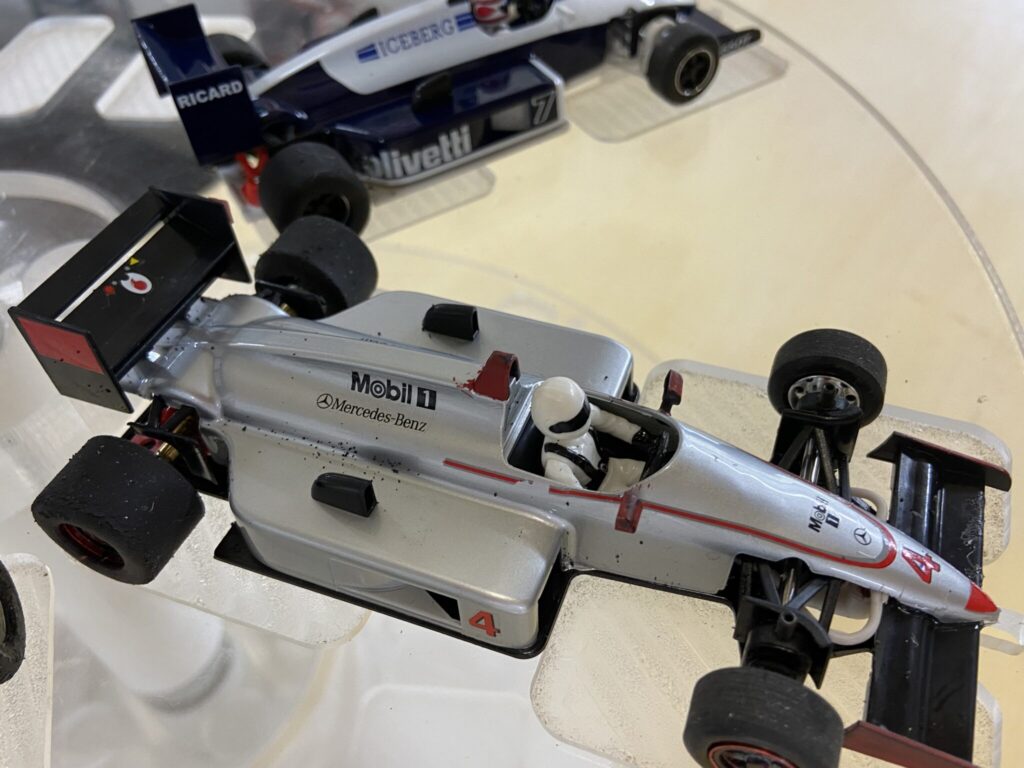 Eighth in the race was Marc and his stunning Williams driven by Nelson Piquet.  Marc’s finish put him in eighth place in the series.  If car’s were judged by their beauty it would have been a difficult fight between Marc’s Williams and Russsell’s Lola.  It’s amazing what these two guys can turn out. 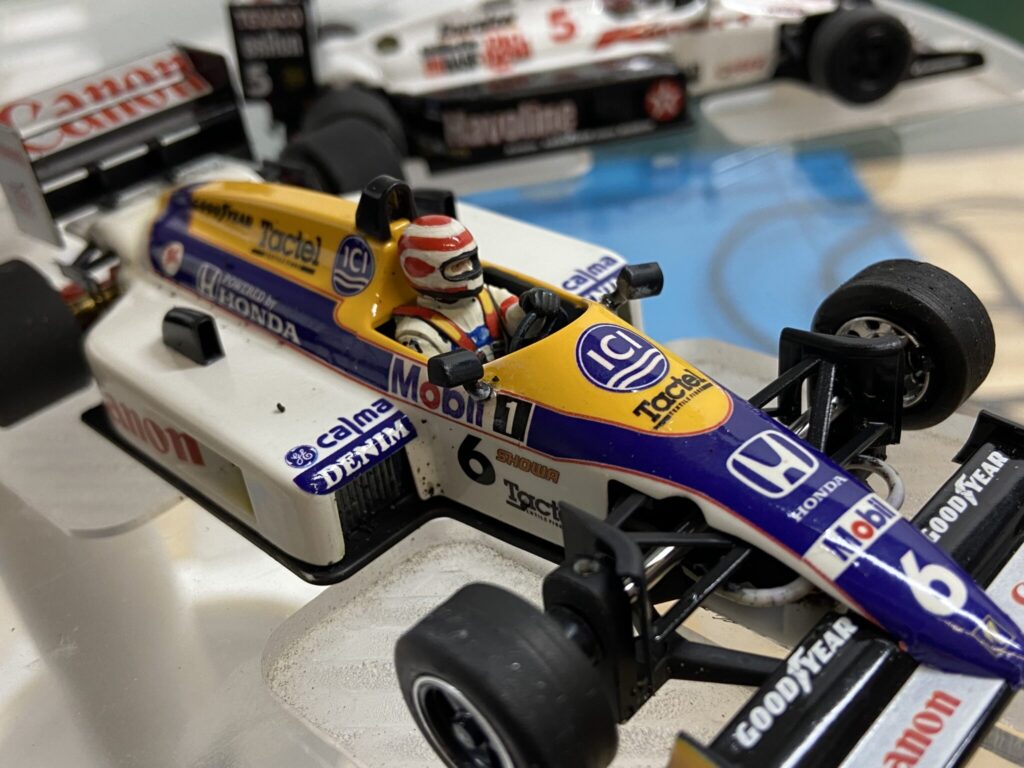 Ninth in the series was Ary and his Aryton Senna driven Lotus.  Ary was unable to make the final two rounds and dropped down to ninth as a result.  Ary would have given the top two finishers a run as you can see from the earlier rounds of the series.  It’s unfortunate he had to miss the final two rounds. 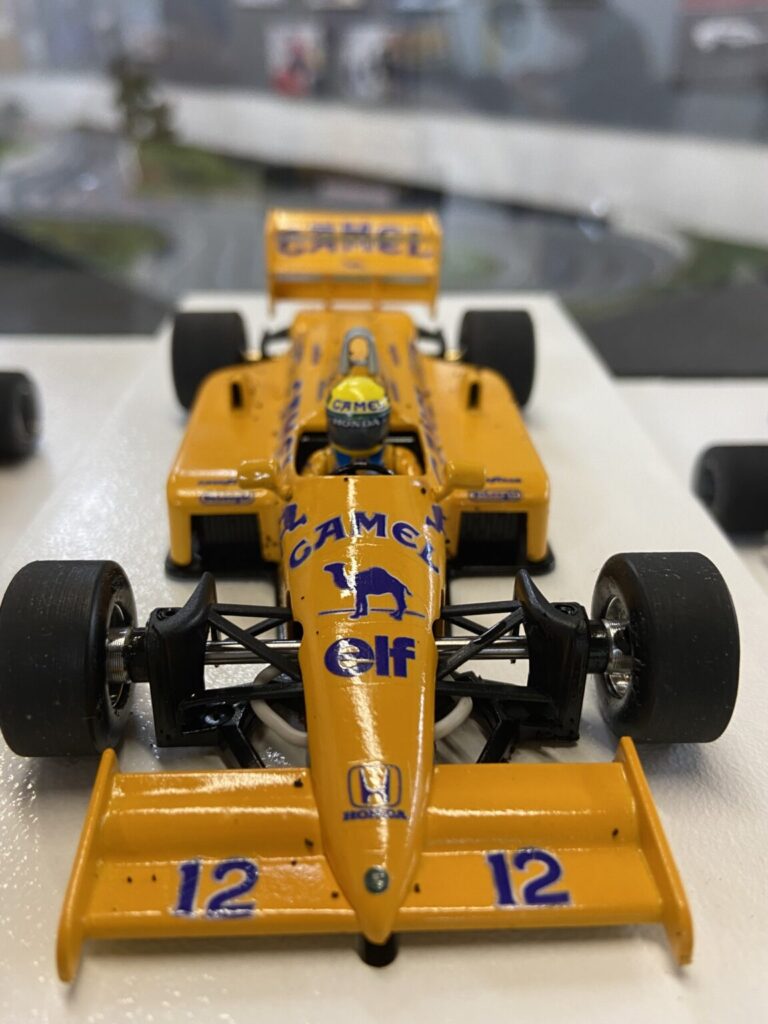 The NSR F1 cars were a blast to run and easy to set up.  They will surely be a car we run again in the not too distant future.  Congratulations to everyone that set up a car and ran with the club.  As they say, everyone was a winner.

We are now looking forward to 2022 and the new race series.  I can’t wait. 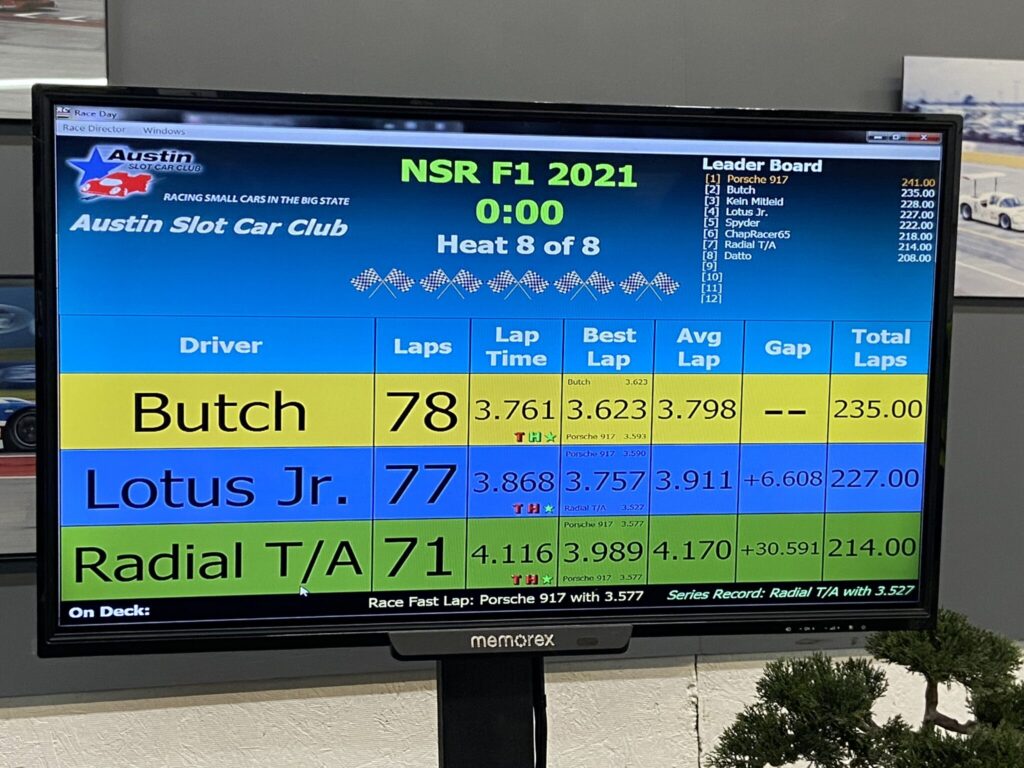 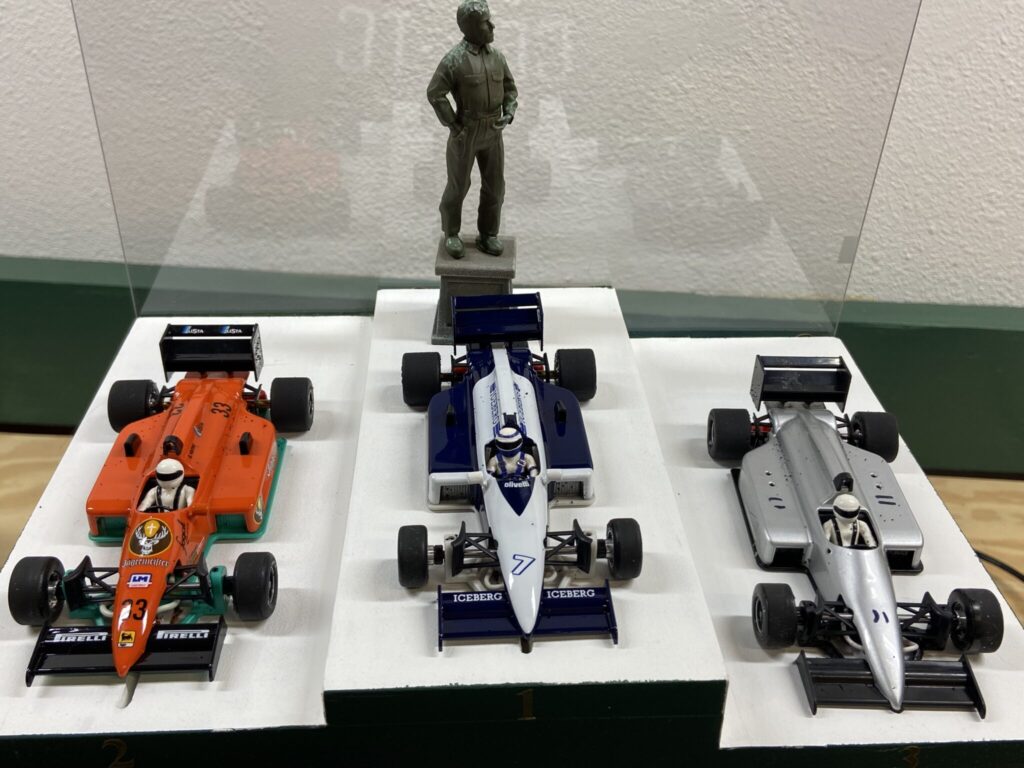 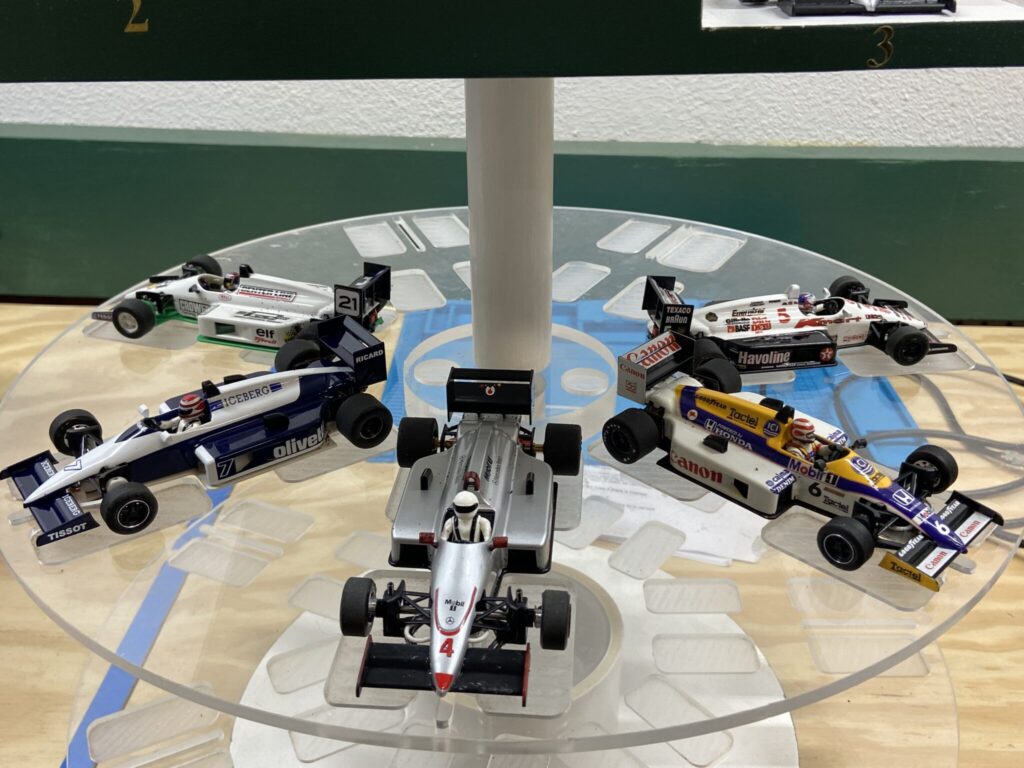 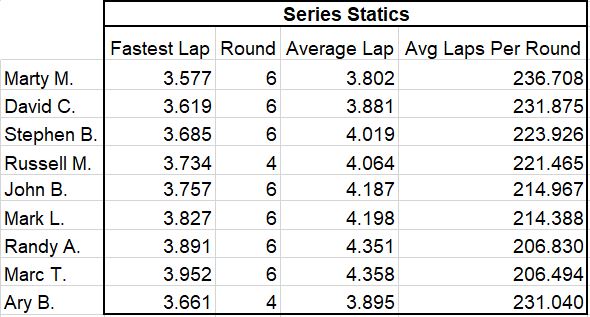