The fifth and penultimate round of the RevoSlot Porsche GT2 series was another close one.  This round was without much drama in pre-race tech as all the racers had become accustomed to the rules and the process to set the cars up. 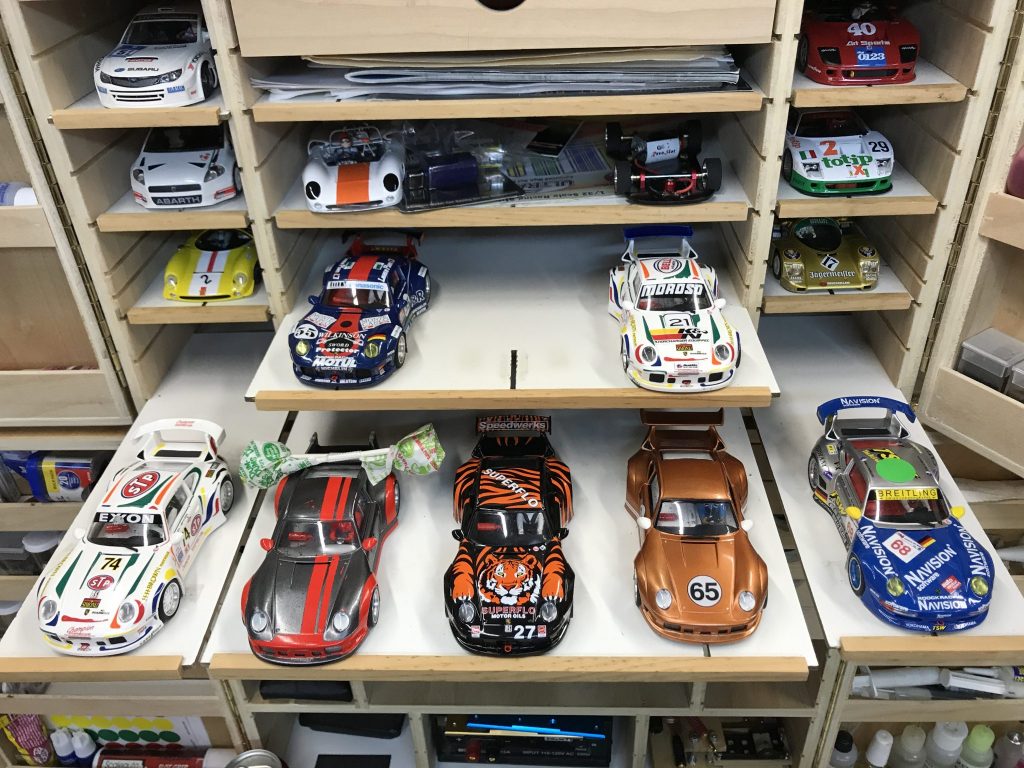 The track conditions were great with the track temperature at 68 degrees and the room temperature at 71 degrees.  The humidity was at 66%.  These warmer temps would mean more tire wear than we had seen at the cooler 50’s.  Let’s see how it went. 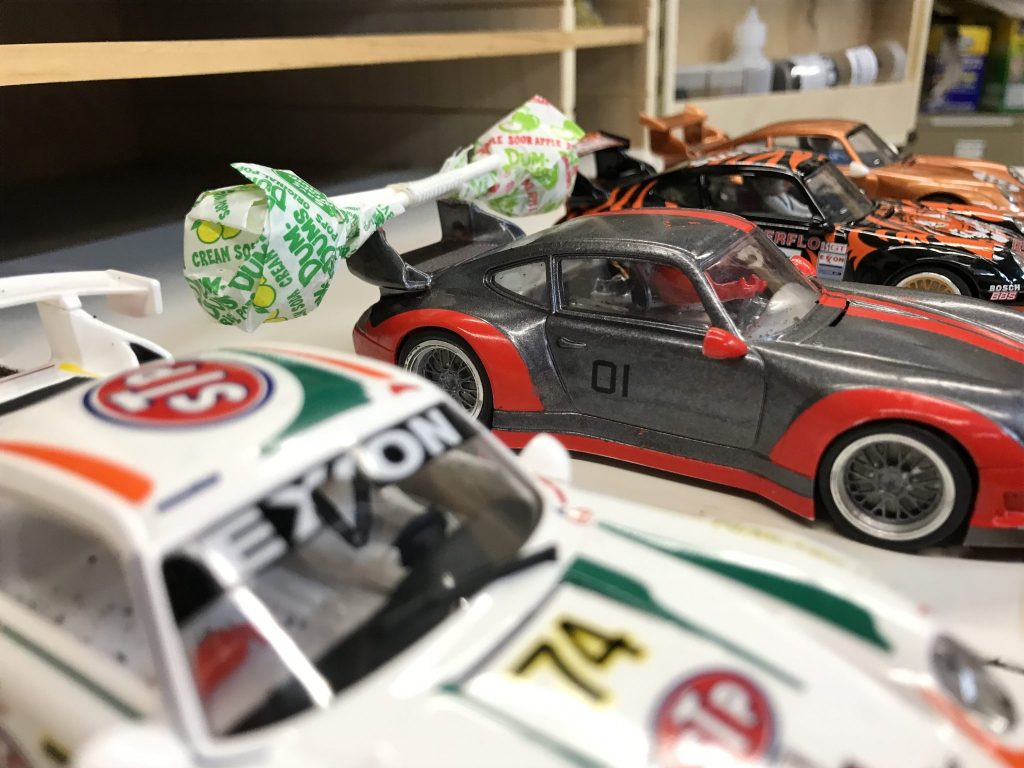 The pre-race warm up didn’t go great for everyone.  Thankfully this car was able to be put back together before the race.  The driver was shaken but was still able to take the start. 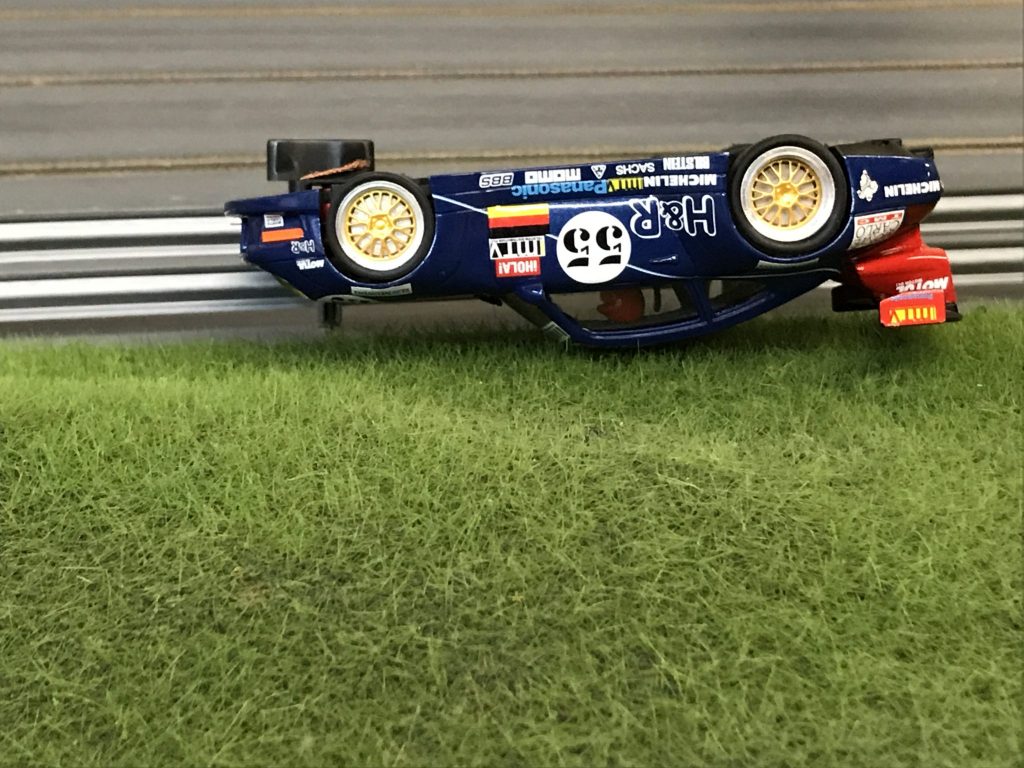 The story before the race even started was all about tires.  Since this series was being run as a spec series the choice of tire was eliminated.  Everyone had to run the stock RevoSlot shore 30 tires.  The tires had to meet a minimum diameter requirement as part of the rules.  This meant racers had to keep an eye on their tire wear.  The idea was to make the racing more equal and more competitive.  The issue became a lack of tires. 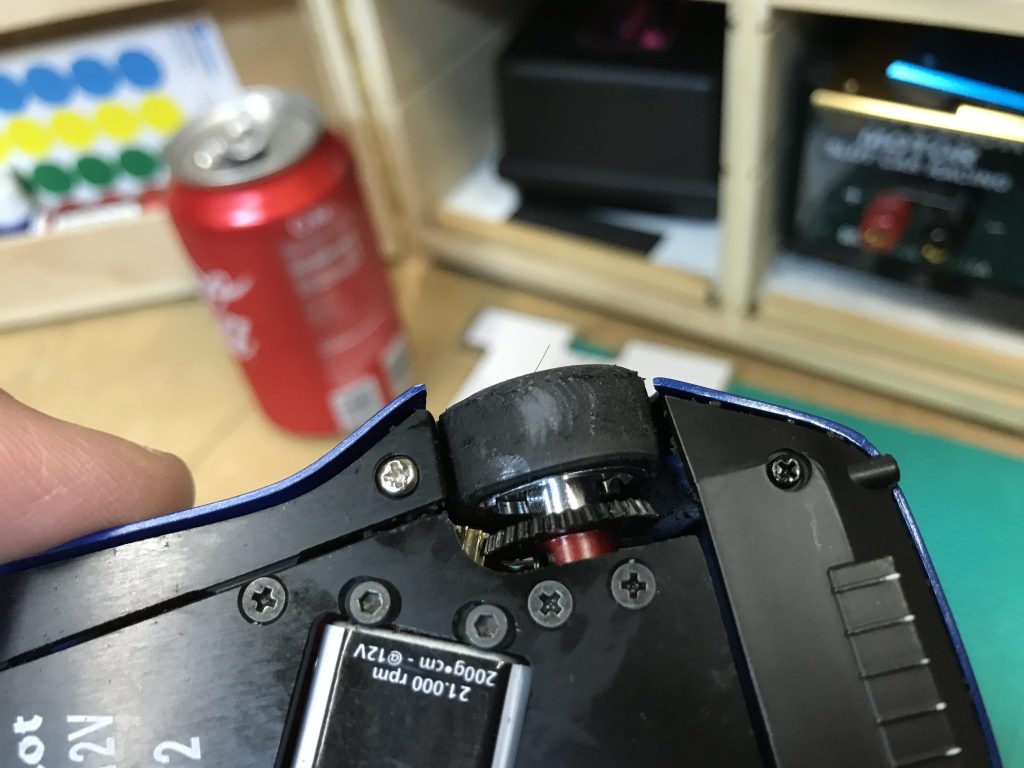 The stock shore 30 RevoSlot tires were wearing at the rate of one pair for every two races.  This rate of wear was with limited practice.  It’s simple – the more you run the tires the more wear you will have.  Some club members were running for hours between races and this meant they were burning through tires at a very fast pace.  This usually isn’t an issue as you can just order more.  That is, if they are available.  In the case of the RevoSlot shore 30 tires there were no vendors in the States that had any tires in stock.

With no options, club members reached out to overseas vendors.  They were able to get 6 pairs of tires to deal with our immediate needs or so we thought.  The tires they received were not the same as the original ones and were difficult to true.  What do I mean by difficult?  The rubber would melt as opposed to shaving off of the tire.  This happened to all six pairs of tires that were ordered. 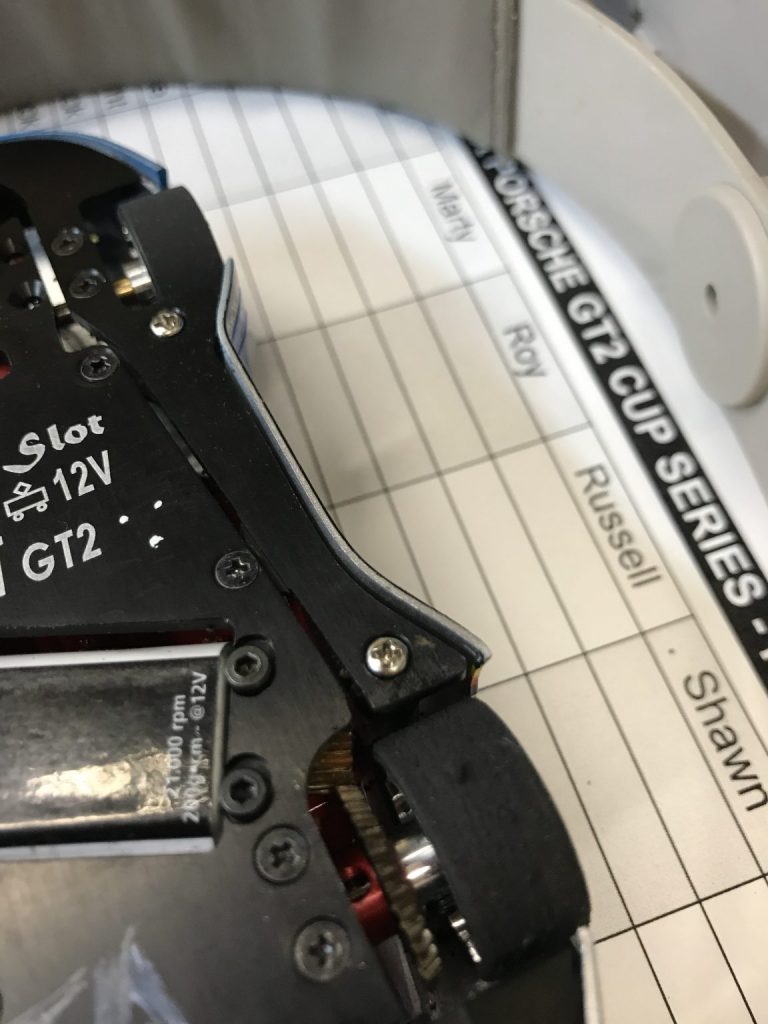 It was decided that BRM must have changed the compound that made it softer or untrue-able compared to the original tires even though they still measured as shore 30’s with our expensive durometer tool. 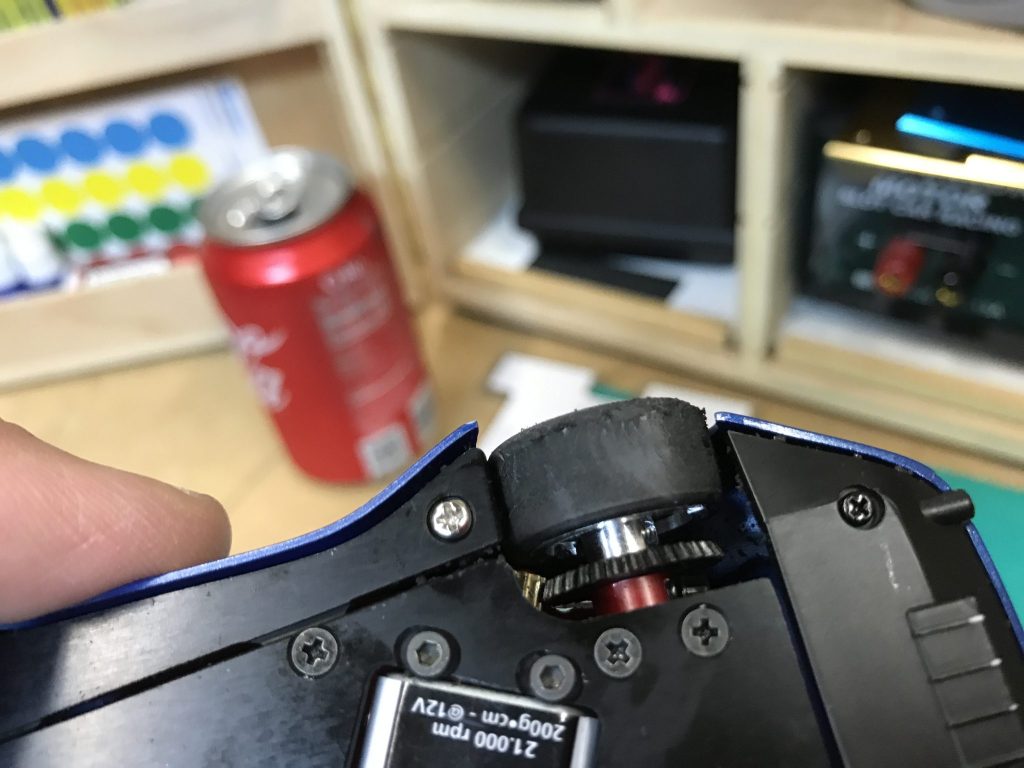 A call was made to 132Slotcars and they were super helpful.  They “found” some extra tires on some cars they had laying around and were kind enough to send us 16 pairs of tires for all club members to draw on as needed. 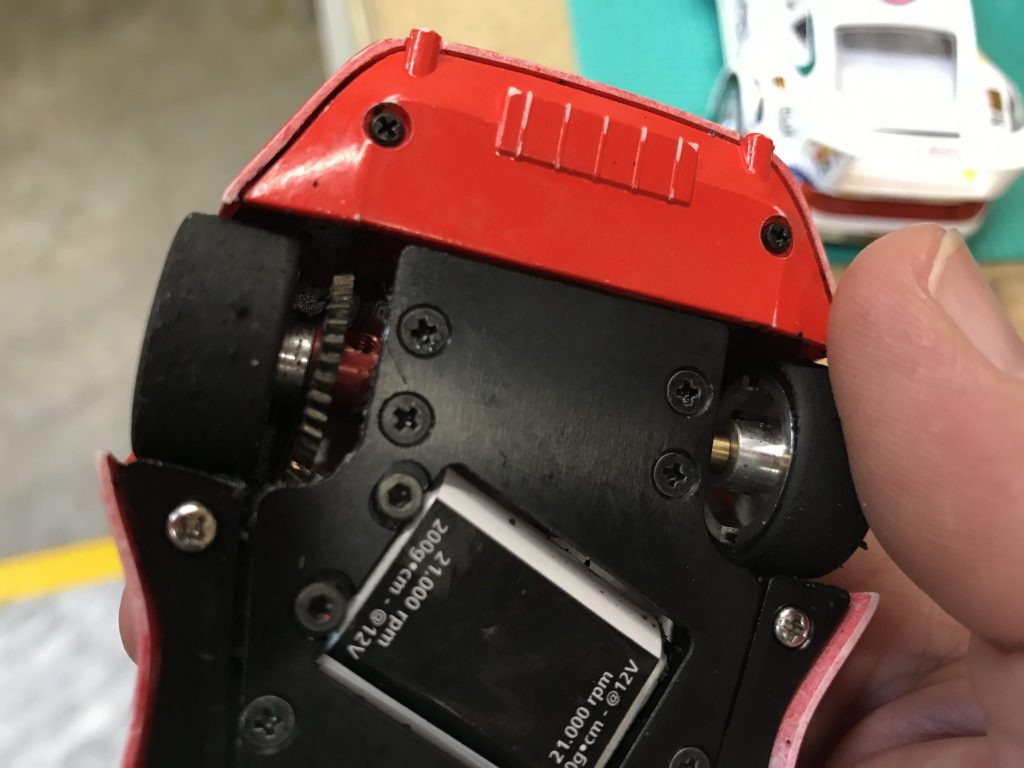 Club members immediately came in to grab some tires and start truing them up for the next race.  I wish the story ended there but unfortunately the problem we experienced with the tires from Europe continued with these tires.  No one, it seems were able to get them trued without melting.

The fifth race in the RevoSlot series was the first one where these “new” tires would be used in anger.  The difference between the old tires and the “new” ones was clearly obvious.  Any car using the older tires was 0.2 to 0.3 seconds a lap quicker.  This did have an impact on the race results.  We will be working with these “new” tires to try different ways of truing them with the hope we can get the same race performance from the new ones as we have seen with the original ones.

The races were fast and were very close.  To prove my point the picture that is shown here shows the difference between 3rd, 4th and 5th place.  All on the same lap and less than 15’ apart from 3rd to 5th.  All of this while 1st and second place were only 1.4 laps apart.  Very close racing once again. 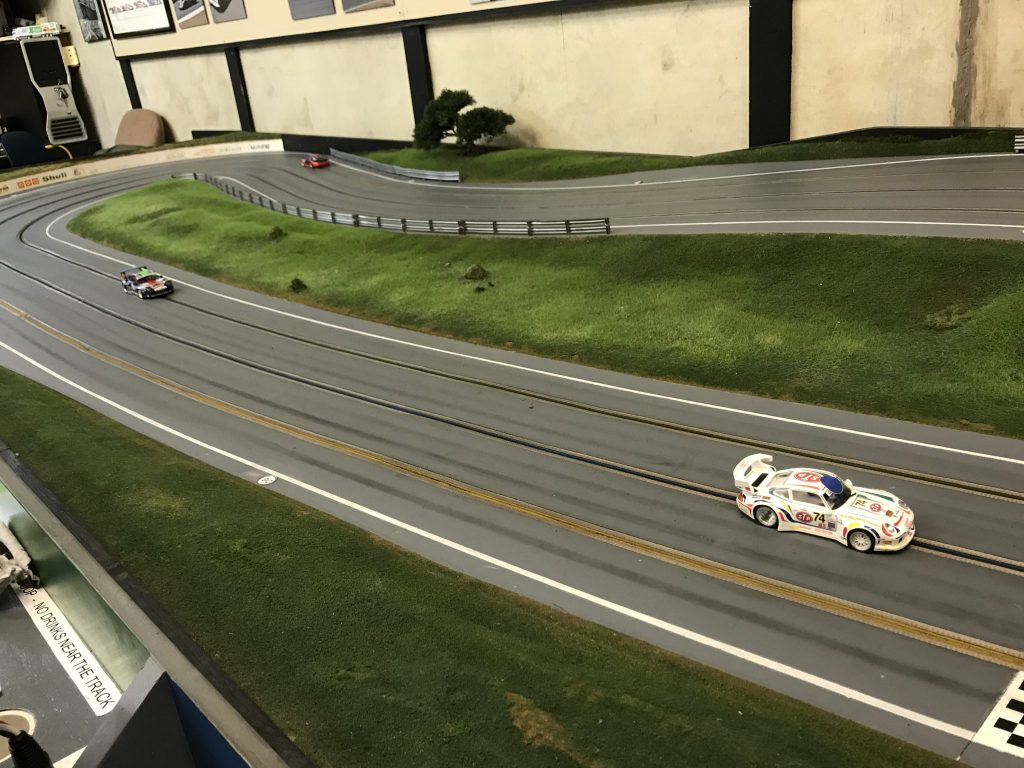 The results are posted and as you can see the final series podium places are still up in the air.  Nothing will be decided until we finish the final round of the series. 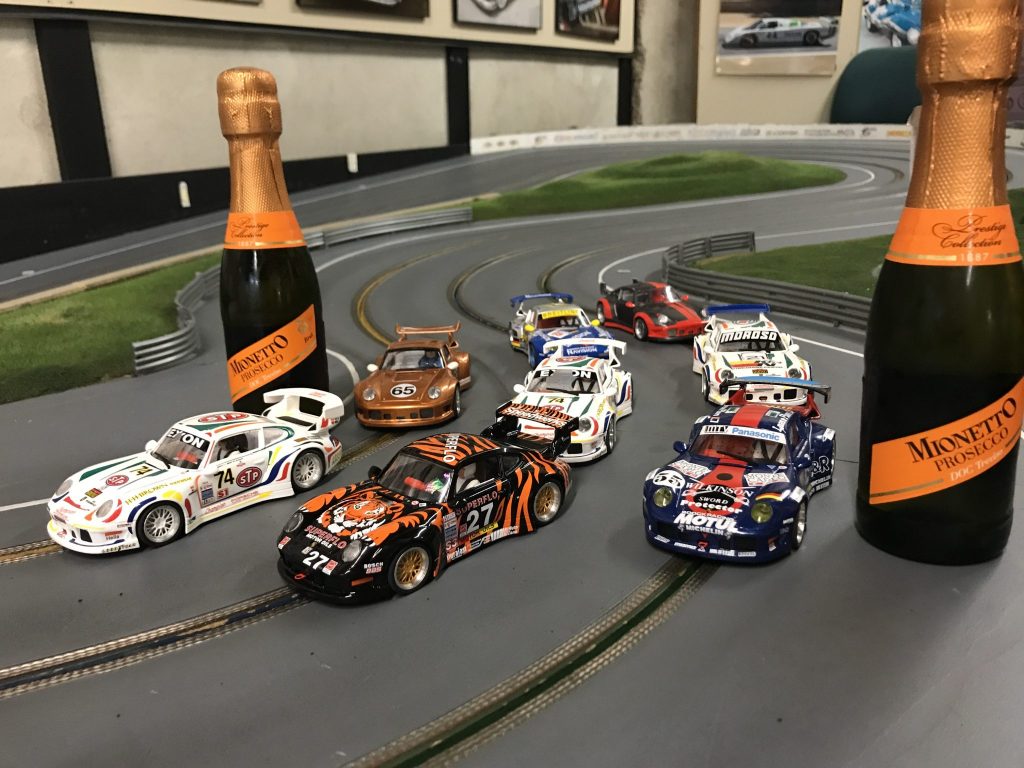 Let’s hope it comes down to the best racers and not the best tires. 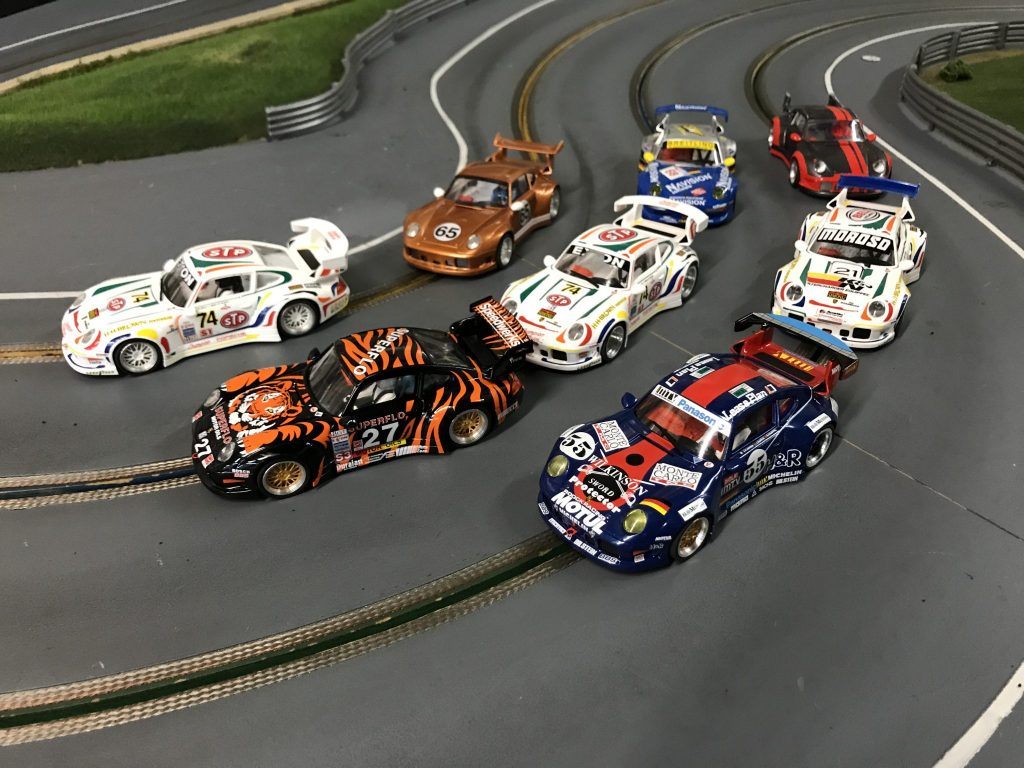 I can’t wait to see how it turns out. 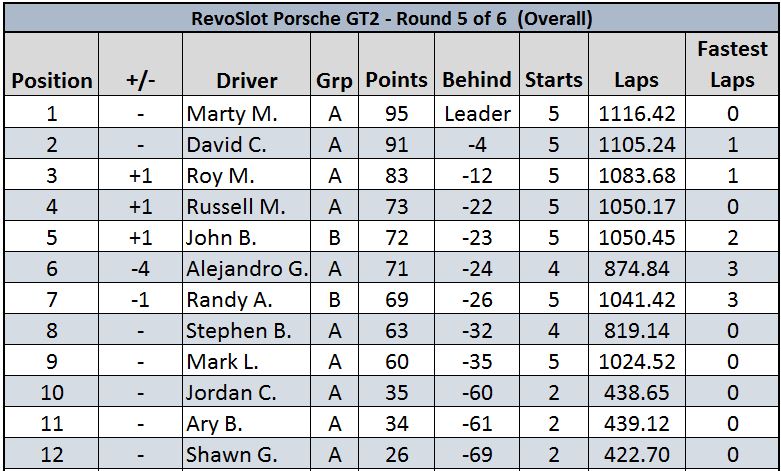