McLaren Round Three: Tires and Temperature

By Lotus Jr.  – A warmer track room of 75 degrees should have made for the quickest McLaren race of the series. It proved to be the opposite. Traction apparently packed up and went on Spring Break. Seven drivers came to the grid with Russell being the class of the field at 223.89 laps. Dave had quickest time at 3.766 but several de-slots put him in second with 220.2 laps. Alejandro with his yellow/gold custom painted entry, brought it home 3rd with a strong 218.4 lap run. John fought traction issues, but ran 1st B at 208.73 laps, followed by Steve at 202.48 and Randy at 194.75. Mark had a lead wire come loose in his first round. He quickly repaired it while the lane was checked for a possible spent fuse and came back to run 194.22.
Analysis of a Win:  Did Russell’s tire choice of F22s make the difference in his victory? Possibly. Here are some interesting stats:

Driver Lap Differences between Round 2 and Round 3: 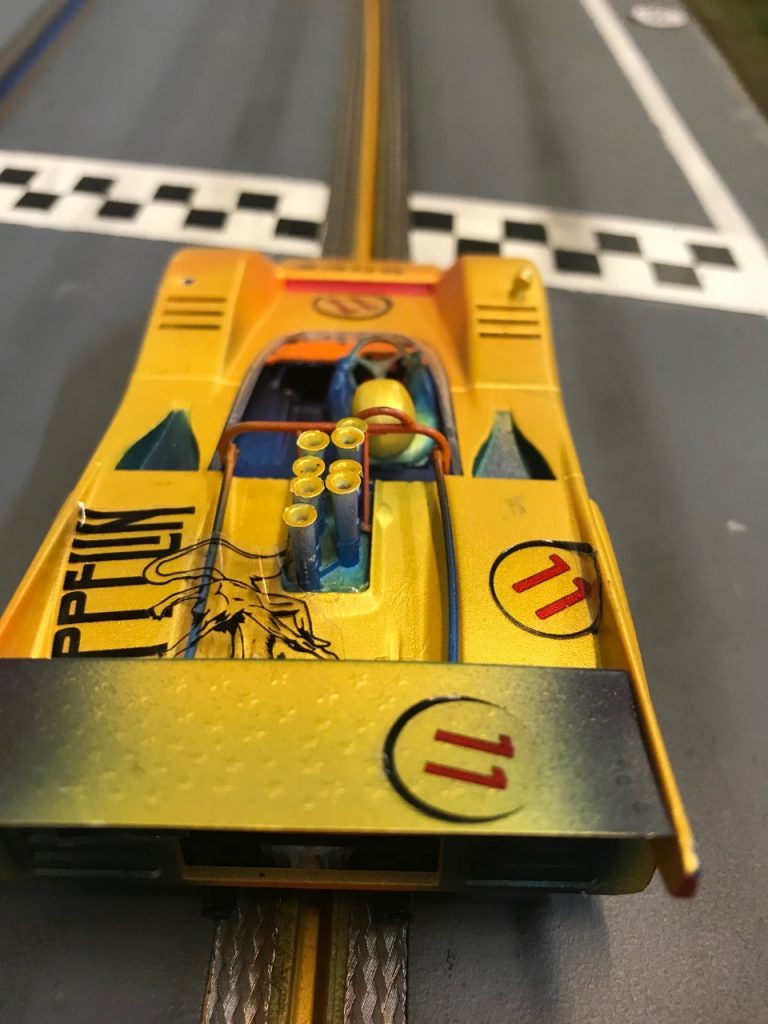