The old adage “when was the last time you did something for the first time” was a statement that applied to the clubs first rally race on its new rally track.  None of the six club members present had ever raced a rally race and only four of the six have any time on the new track. 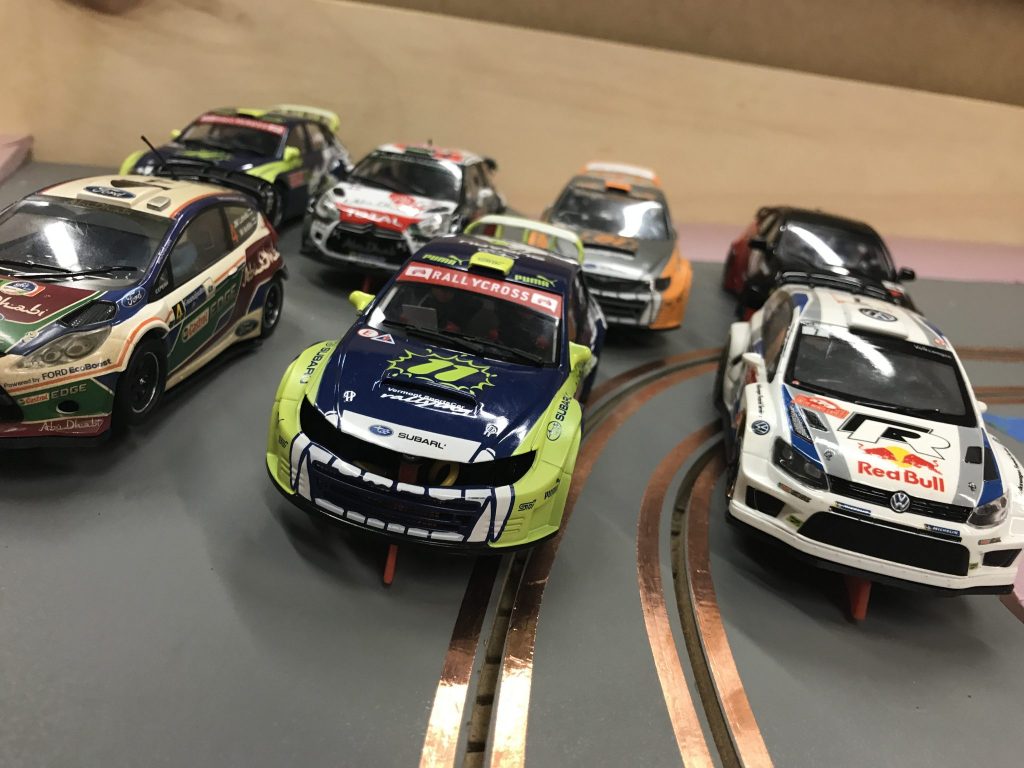 Of the seven racers only five had cars prepared and ready to go.  The two other racers borrowed cars so now they would not only be racing a new track but they would be doing it with a car they had absolutely no driving time with, what fun!

The Track – The rally track is new to the club not only for the design of the track but for many other key differences.

Timing – In our regular events three competitors race at the same time to see who can go the furthest in five minutes.  The rally track is run differently.  Cars are run one at a time to a set lap total, 20 in our case, and the car that runs the 20 laps in the least amount of time is the winner.

Direction and Light – Races can be run in either direction with or without the lights on in the room.  This race was run in counter clockwise direction with the lights in the room on.  The total distance was 40 loops or 20 laps.  Consider it this way, the track split into two sectors with both sectors equaling one lap.

Laps – The track is a one lane track with two loops that equal one ‘lap’.  The racers are timed on each section/loop but it’s the total time that matters.

Experience – Unlike our other track this one will be kept locked down and opened only for race days.  This way its as new to one racer as the others.  Just like seeing a rally stage for the first time. 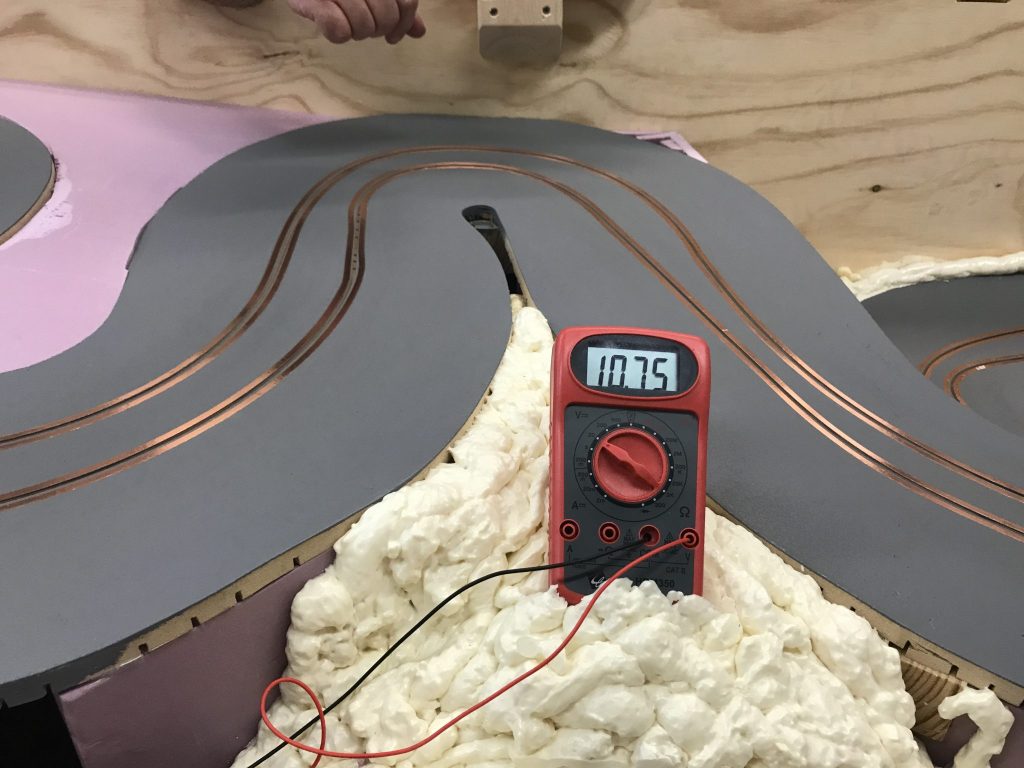 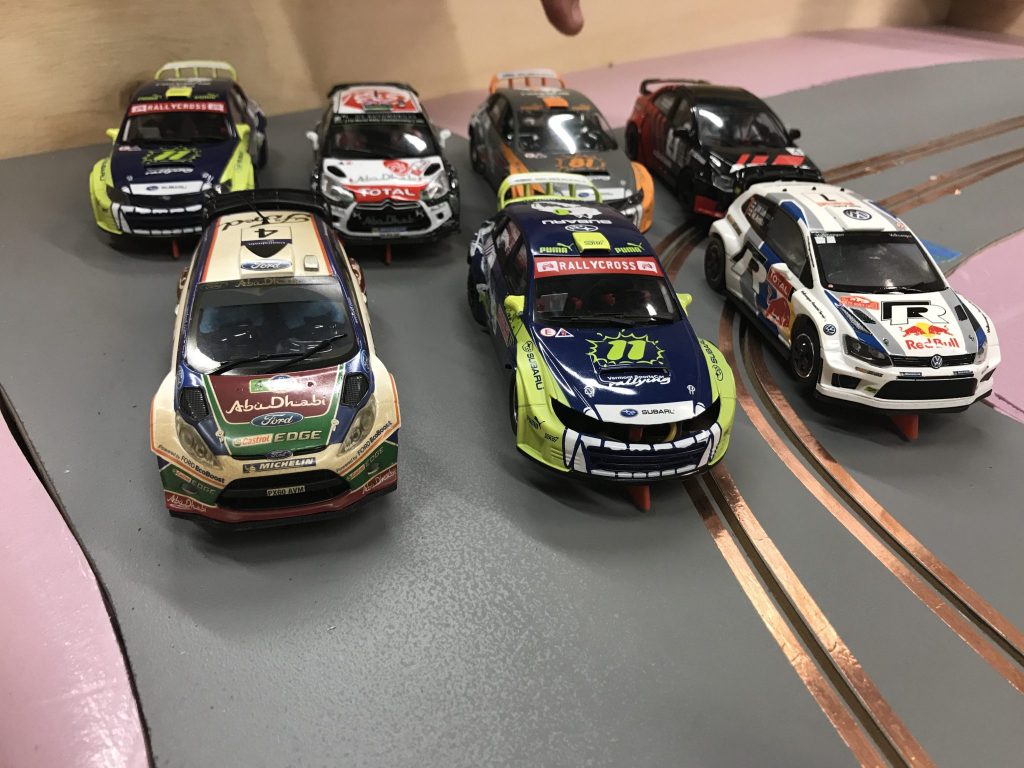 The Race – Ary was first up and was running his super silent Avant Slot Mitsubishi.  His car and his driving style were typical Ary – smooth and steady.  The only issue for the Mitsubishi was the jump on the front straight where the car became airborne and left the track multiple times.  Ary finished in third overall just, and I mean just, behind Mark.  Ary’s total time was 5:04.88

Mark was super smooth and did the entire race without one de-slot.  It was a great run that saw him finish in second place overall only 0.668 seconds in front of Ary.  Talk about some close racing.  Mark’s total time was 5:04.02.

Stephen was running a rental Subaru Impreza and although he started off slow he was able to figure out the track by the last ten laps and put in some good times.  It was not enough to make up for the slow start and Stephen finished in sixth place with a time of 5:22.76

Randy ran fourth and was really strong with good car control and a well behaving Volkswagen.  He finished in fifth place with some good laps and a strong focus on control over outright speed.  Randy’s total time was 5:10.36

Marty ran fifth and had the Citroen hooked up.  He was pushing the pace now that he know what the others had run and was trying to put in some fast laps without jumping out of the slot too many times.  He finished in first place with a total time of 4:53.32.

John ran sixth and was running his beautiful Ford Focus.  John was taking the path of slow and steady with fewer de-slots.  The strategy was sound but there were too many other racers that were willing and able to push the pace.  John’s pace picked p in the final laps and you could see he was getting faster and faster.  He will be one to watch in the next event.  John finished in seventh with a total time of 5:31.68.

David was the last racer on the track and was driving another loaner Avant Slot Subaru.  Knowing he was new to the car and track it was more of an experiment than anything else.  David did manage some good laps and finished in fourth overall with a total time of 5:06.40 or only 1.52 seconds off of the podium.

The first race was tons of fun and we will hopefully have more racers come out for future events.  This is just the first of six races planned for this year so there is plenty of time to get your rally car built and on the track for some fun.

Looking forward to seeing everyone at the next race on August 12th! 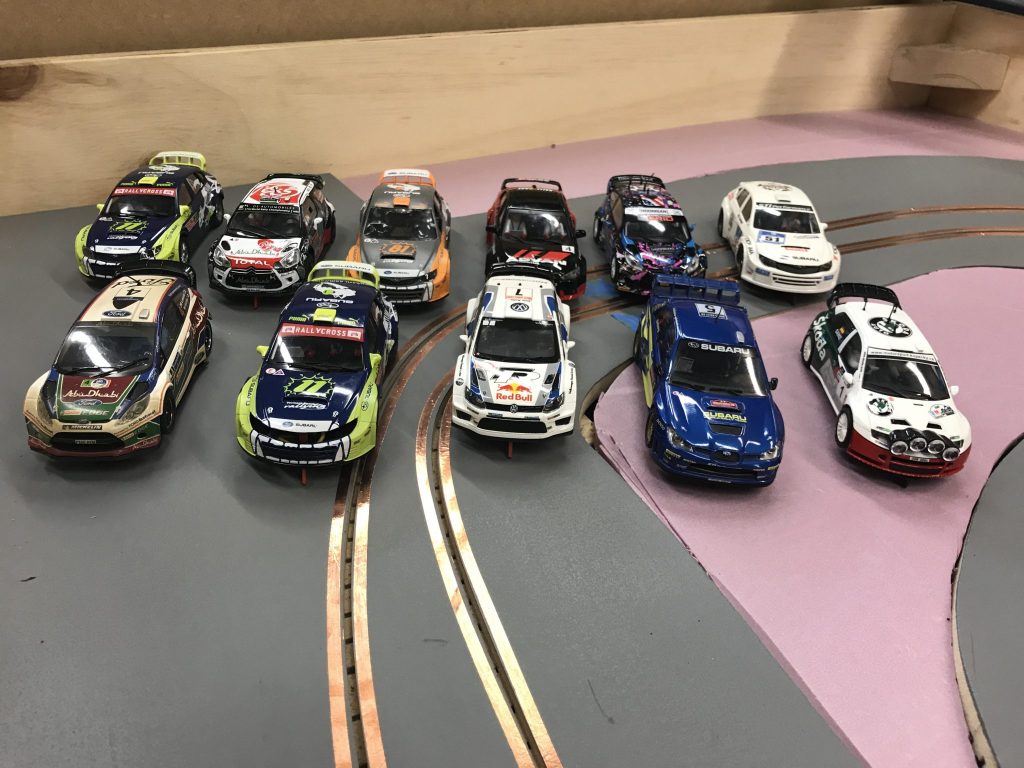